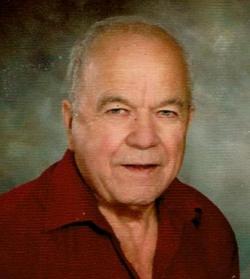 ST-IGNACE, NB – It is with great sadness the family announces the passing of Adélard Gallant 80, of St-Ignace who passed away with his family close by at the Saint John Regional Hospital in Saint John on Wednesday, May 13, 2020.  Born in St-Ignace, he was the son of the late Albert Gallant and late Eugenie (LeBlanc) Gallant.  Before retiring, Adélard was a woodsman.  He was passionate about his work, loved to play cards and had many friends.

Besides his parents, he was predeceased by three brothers, Raymond, Fernand and Emerie.

A Funeral Mass will be celebrated on Thursday, July 23, 2020 at 11:00 am at the St. Ignace de Loyola Roman Catholic Church in St. Ignace.