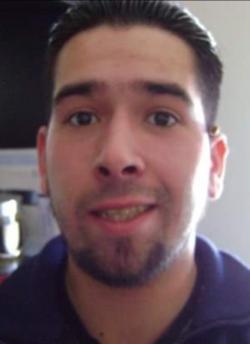 ELSIPOGTOG, NB – It is with great sadness that the family announce the sudden passing of Rocky Marshall Peters, 37, on Monday, September 14th, 2020. Born in Ste. Anne, he was the son of Donald Sanipass and Kelley Peters. Rocky worked part time as a fisherman.

Rocky will be sadly missed by his father, Donald Sanipass; his mother, Kelley Peters; step-father, George Clair Jr.; his girlfriend, Connie Joseph and her children, Dray and Ronnie Joseph; as well as by his grandparents, Theresa and Gregory Peters and Mary Ann Clair, all of Elsipogtog.

Rocky was predeceased by his stepson, Drake Joseph.

Visitation will begin at 2:00pm on Saturday, September 19th at Kelley’s home, 296 Levi Street, Elsipogtog, until departure for the funeral. A Funeral Mass will be celebrated on Monday, September 21st, 2020 at 10:30am, Ste. Ann’s Roman Catholic Church, Elsipogtog.