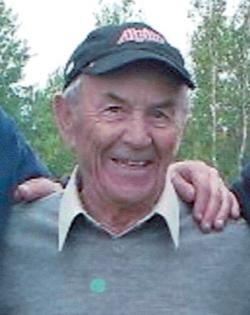 RICHIBUCTO, NB – It is with great sadness that the family announces the passing of Philias Cormier, 92, of Richibucto, at his home on Monday, October 12, 2020.  Born in Richibucto, he was the son of the late Edmond Cormier and late Alma (Richard) Cormier.

Phil was employed as a plumber, electrician, propane installer, appliance repairman and carpet installer at Lounsbury’s in Richibucto for 39 years.  In 1969, he bought his first skate sharpening machine and thoroughly enjoyed his passion, making many many friends of skaters from miles around who appreciated his knowledgeable attention.  All were disheartened by his decision to retire in October 2020, after 59 years of devoted service.

Besides his parents, he was predeceased by his first wife and mother of their four children, Flavie (Daigle) Cormier; his second wife, Theresa (Blanchard) Turner Cormier; his first born son, Jean-Marc Cormier; to sisters, Rita, Della and four brothers, Alvin, Ritchie, Hector and Eddie.

The visitation and funeral mass celebrating Phil’s life will be announced and held at the St. Louis de Gonzague Roman Catholic Church in Richibucto once the restrictions associated to COVID-19 are lifted or modified.