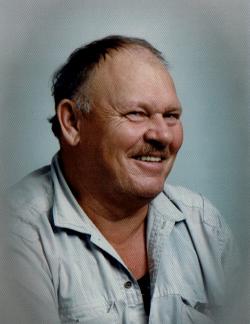 ST. CHARLES, NB – Yvon Blanchard, 88, of St. Charles passed away peacefully at home, surrounded by his family, on Tuesday, October 13th, 2020. Born in Canisto, he was the son of the late Camille and Marianne (Bérubé) Blanchard. Before retiring, Yvon worked as a woodsman and a truck driver.

Besides his parents, Yvon was predeceased by his wife Flavie (née Cormier); three sisters, Rina, Camilla and Lorraine and his brother Raymond.

Visitation will be held on Sunday, October 18th at Thompson’s Funeral Home, Richibucto from 7-9pm and Monday from 9am until time of service. A funeral service will be held Monday, October 19th, 2020 at 11am, Thompson’s Funeral Home Chapel, Richibucto. Following COVID-19 restrictions, only 10 people at a time will be allowed in the funeral home and only 10 people will be allowed to attend the funeral service and non-surgical masks will be mandatory (inside and outside the funeral home).

Funeral arrangements are in the professional care of Thompson’s Funeral Home, Richibucto. (523-4252)