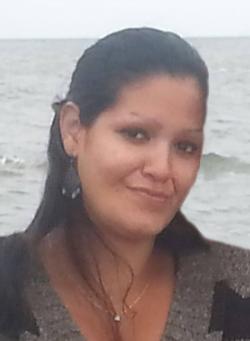 ELSIPOGTOG, NB – Misty Tomah, 34, of Elsipogtog, passed away suddenly at her home on Monday, November 16th, 2020. Born in Moncton, she was the daughter of Jason Tomah and the late Catherine (Sanipass) Tomah.

Misty will also be sadly missed by her sister, Hillary Tomah (Maynard) of Elsipogtog; her paternal grandparents, Theresa Peters (Gregory) of Elsipogtog and William Tomah of Maine, USA; as well as by her many cousins, nieces, nephews and friends.

Besides her mother Catherine, Misty was predeceased by her brothers Jesse and Catlin Tomah; her maternal grandparents, Michael and Doreen Sanipass; and her cousins, Tiffany Sanipass, Radley Sanipass, Jonathan Sanipass and Rocky Peters.

Misty’s visitation will be held at her father’s home, 28 Bridge Road, Elsipogtog, beginning Saturday, November 21st, 2020 at 2:00pm until departure for the funeral. A Funeral Mass will be celebrated on Monday, November 23rd, 2020 at 10:30am, Ste. Anne’s Roman Catholic Church, Elsipogtog.