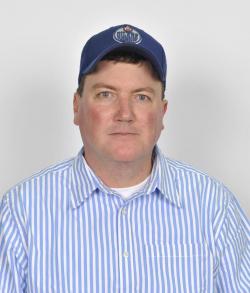 CLAIRVILLE, NB – It is with profound sadness that the family announces the passing of Timothy Wilson 53, of Clairville at his residence in Monaca, Pennsylvania on Sunday, November 8, 2020.  Born in Saint John, he was the beloved son of the late Ronald Wilson and Sharon (Dunn) Wilson.

Tim was employed as an industrial electrician and his work enabled him to live and work in many places throughout Canada and the United States.  He was very proud to serve in the Royal Canadian Army receiving basic training in Cornwallis, NS and later continued to battle school in Wainwright, Alberta.

Tim was a gentle soul who cared deeply for his family.  He enjoyed playing golf, softball and hockey in his earlier years and was passionate about politics and football and was an avid fan of the Dallas Cowboys.

Tim will be sadly missed by his mother, Sharon Wilson, his sister, Pamela Wilson both of Clairville and his Uncle Gerry Dunn (Saint John), cousins and very close friends.

He was predeceased by his father, Ronald Wilson.

There will be no visitation at the funeral home.  A private graveside service will be held at St. Andrew’s Presbyterian Cemetery in Clairville on Saturday, December 5, 2020 at 2:00 pm.  Due to current COVID-19 regulations, non-surgical masks and social distancing is manditory.