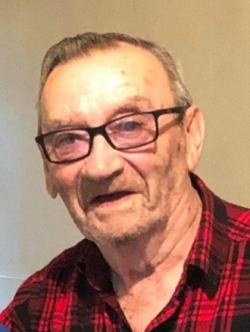 RICHIBOUCTOU-VILLAGE, NB – Gerald Thibodeau 85, of Richibouctou-Village passed away peacefully at the Stella Maris Hospital in Ste-Anne-de-Kent on Friday, May 7, 2021.  Born in Richibouctou-Village, he was the son of the late Alphonse Thibodeau and late Emma (Allain) Thibodeau.  Before retiring, Gerald was employed as a woodsman.  He attended St. Antoine de Padoue Roman Catholic Church.

He is also survived by two sisters-in-law, Gemma Cormier of Bouctouche, Bernice Cormier of Richibouctou-Village and many nieces and nephews.

The last surviving member of his immediate family, he was predeceased by four brothers, Lionel, Zoël, Eymard and Eric.

As per Gerald’s wishes there will be no visitation at the funeral home.  A private family graveside service will be held at a later date.

Arrangements are in the professional care of Thompson’s Funeral Home in Richibucto, 523-4252)