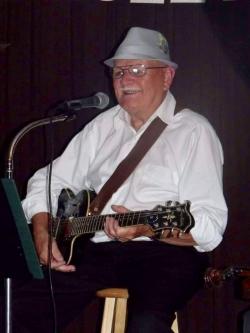 SAINT-LOUIS-DE-KENT, NB – Vincent Maillet, 86, formerly of Richibouctou-Village, passed away peacefully at the Foyer Bois-Joli, Saint-Louis-de-Kent on Saturday, June 12, 2021. Born in Ste.-Anne-de-Kent, he was the son of the late Amédée and Délia (Caissie) Maillet. Before retiring, Vincent worked as a painter. He was a member of the Club d’Âge d’Or, Richibouctou-Village and was an avid guitar player.

Vincent will also be sadly missed by his four sisters, Alma Lefort (late Lionel), Cécile Maillet, both of Moncton, Sr. Rose-Mai Maillet n.d.s.c. of Dieppe and Maria Comeau (Danny) of Bouctouche; four brothers, Edmond (late Pauline) of Manchester, CT, Robert Maillet (Genéva), Alphonse (Jacqueline), both of Moncton and Gérard (Docile) of Rogersville; his sister-in-law, Annette Maillet of Moncton; as well as by his many nieces and nephews.

Besides his parents, Vincent was predeceased by an infant son, Joey; an infant step-granddaughter, Summer, his sister, Imelda and his brother, George.

Visitation and a celebration of Vincent’s life will be held at Thompson’s Funeral Home, Richibucto on Friday, August 20th, 2021 from 2-4pm ONLY.

The family would like to thank the staff at the Foyer Bois Joli for the excellent care provided to Vincent during his stay.