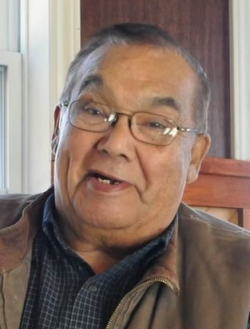 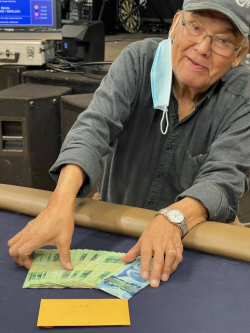 ELSIPOGTOG, NB – Herman John Simon 83, of Elsipogtog passed away at his residence on Monday, October 11, 2021.  Born in Big Cove, he was the son of the late John Simon and Mary Jane (Levi) Simon.  Before retiring, Herman was a red seal journeyman carpenter, an entrepreneur/businessman, a constable in Big Cove for 11 years and also a band councillor for 11 years.

He is also survived by one sister, Freda Augustine (late Peter Joe Sr.) of Elsipogtog and many nieces and nephews.

Visitation will begin on Thursday at 2:00 pm until time of the service at his home, 121 Riverside Drive in Elsipogtog.  A Funeral Mass will be celebrated on Saturday, October 16, 2021 at 10:30 am, St. Anne’s Roman Catholic Church in Elsipogtog.