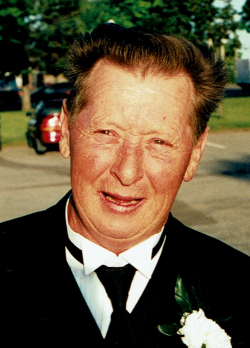 SAINT-LOUIS, NB – Claude Vautour, 75, of Saint-Louis passed away peacefully on Wednesday, December 29th, 2021 at the Stella Maris Hospital, Sainte-Anne-de-Kent. Born in Cap Saint-Louis, he was the son of the late Benoit and Eleonore (Doucet) Vautour. Before retiring, Claude worked for the Kouchibouguac National Park for over 30 years, starting off working maintenance and then working many years as security guard, which he was very proud of.

Claude leaves to mourn his loving wife , Diana (Hebert) Vautour; his daughter, Murielle McIntyre (Jeff) of Moncton; as well as the apple of his eye, his grandson whom he adored, Alexandre Claude McIntyre.

Besides his parents, Claude was predeceased by his sister, Doris and two brothers, Oscar and Yvon.