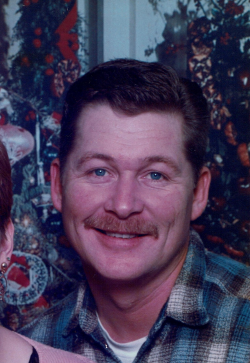 BEERSVILLE, NB – Wayne Cole, 60, passed away suddenly at his residence on Thursday, June 16th, 2022. Born in Oakville, ON, he was the son of the late Leon Cole and Verna (Scott) Ermen. Before retiring, Wayne worked for the Canadian National Railway for over 30 years. His hobbies included fishing, hunting and playing cards.

Wayne leaves to mourn his son, Vincent Cole; his mother, Verna (Scott) Ermen of Bass River; his brother, Richard Cole of Targettville; his step sister, Tracy Lyons (Derrick) of Fredericton; his two step brothers, Donnie Ermen (Adrian) of Ottawa, ON and Jack Ermen (Stephanie) of Moncton; his sister-in-law, Debbie Cole of Salisbury; his brother-in-law, Kevin Beers (Pam) of Molus River; as well as many cousins, nieces and nephews.

Besides his father and his loving partner, the late Ronda Beers, Wayne was predeceased by one sister, Crystal Bluda, and one brother, Lee Cole.

Visitation will be held at Thompson’s Funeral Home, Richibucto, on Monday, June 20th, 2022, at 1:00 pm until the Funeral Service beginning at 3:00 pm. Donations in Wayne’s memory may be made to the Saint Paul’s Anglican Church Cemetery Fund.

Arrangements are in the professional care of Thompson Funeral Home, Richibucto. (523-4252)