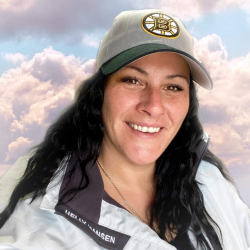 ESKASONI, NS – Lacey Darnice Simon 38, passed away suddenly on Friday, June 10th, 2022. Born in Moncton, NB, she was the daughter of the late Junior Joseph and the late Debra Mitchell-Simon.

Before her passing, Lacey worked as a crisis worker and spent most of life being an amazing mother. She was known for being a strong and independent woman with a heart of gold.

Arrangements are in the professional care of Thompson Funeral Home, Richibucto. (523-4252)