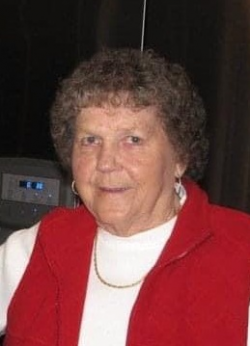 HARCOURT, NB – Dorothy Beers 91, of Harcourt passed away peacefully at the Grass Home in Riverview, NB on Thursday, November 3, 2022.  Born in Harcourt, she was the daughter of the late Arthur Wry and late Maude (Shirley) Wry.

Dorothy was a loving mother and grandmother.  She enjoyed camping, singing, listening to music and attending Blue Grass Festivals.  She loved Christmas time with her family and having them all gathered together.

She is also survived by one sister, Lorraine Scott (late John) of Harcourt; sisters-in-law, Myrna Wry of Rexton, Carol Wry of Cocagne Cape; brother-in-law, Murdock Butler of Oakville, ON and many nieces and nephews.

Besides her parents, she was predeceased by her common law husband, Cecil Wright; three sisters, Madeline, Beulah, Betty and three brothers, Harry, Robert and Clyde.