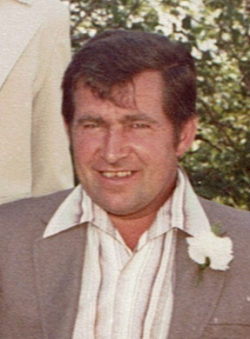 SAINT-CHARLES, NB – Eric Richard, 80, passed away peacefully at the Miramichi Hospital on Thursday, January 19th, 2023. Born in Saint-Charles, he was the son of the late Luc and Léontine (Richard) Richard.

Eric leaves to mourn his son, Gerry of Aldouane, as well as his ex-wife, Isella Thériault of Aldouane.

Besides his parents, Eric was predeceased by his brother, Normand; as well as by his sister, Jeanne and brother, Régis, who both passed in infancy.

The family requests that no flowers be given. Instead, if desired, donations in Eric’s memory may be made to a mental health charity. Much gratitude for everything!

Arrangements are in the professional care of Thompson Funeral home, Richibucto. (523-4252)